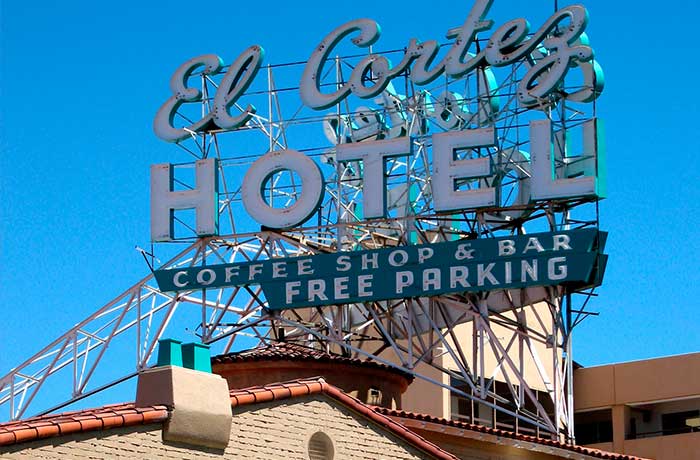 This Cultural Resources Inventory Report was prepared to establish a Determination of Effect with respect to the proposed street improvements planned for this neighborhood. Twenty-two buildings were surveyed and evaluated; additionally, the neighborhood was evaluated as a potential district. This was done to satisfy the requirements of Section 106 of the NHPA. The project found two buildings eligible for listing in the National Register, one of which was subsequently listed. An adverse effect resulting from the planned median improvements which obscured the views of eligible buildings was found. This was an indirect effect and the project went forward as planned.

This project involved preparing a Cultural Resources Report that identified archaeological and historic resources in Malmstrom AFB's Cold War-era WSA and on the site of the proposed Weapons Storage and Maintenance Facility (WSMF). Painter Preservation surveyed 32 potential historic resources at the WSA and prepared a historic context statement, evaluating the WSA as a district, and identifying potential impacts as the result of the planned demolition of 14 buildings. The proposed WSMF site was also surveyed for archaeological resources. Findings were incorporated into an Environmental Assessment, to be used to demonstrate compliance with Section 106 and NEPA. Painter Preservation also prepared a mitigation plan for the project. With Ruthann Knudson. 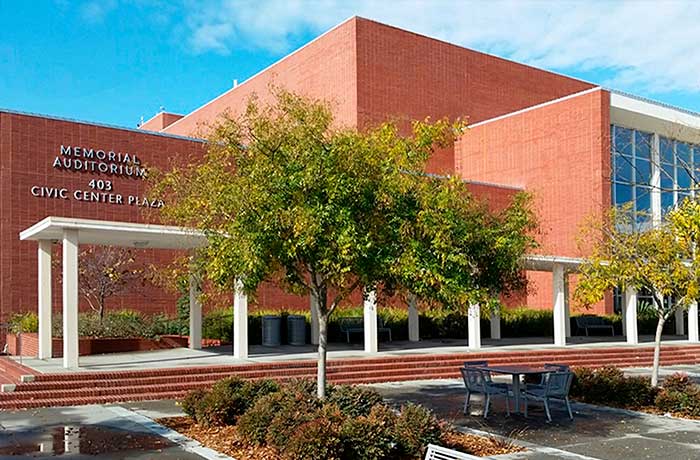 The Richmond Civic Center Auditorium was surveyed and evaluated by Painter Preservation to identify whether a historic resource would be affected by the installation of a cell tower. The Civic Center was envisioned as early as the 1930s by a group made up of such architectural luminaries as Richard Neutra and R. M. Schindler. Painter Preservation found the 1951 building, which was designed by San Francisco architect Milton T. Pflueger, eligible for listing in the National Register as a contributor to a district made up of the two other buildings and plaza that comprise the Civic Center. The entire Civic Center has since been rehabilitated and undergone a seismic retrofit. 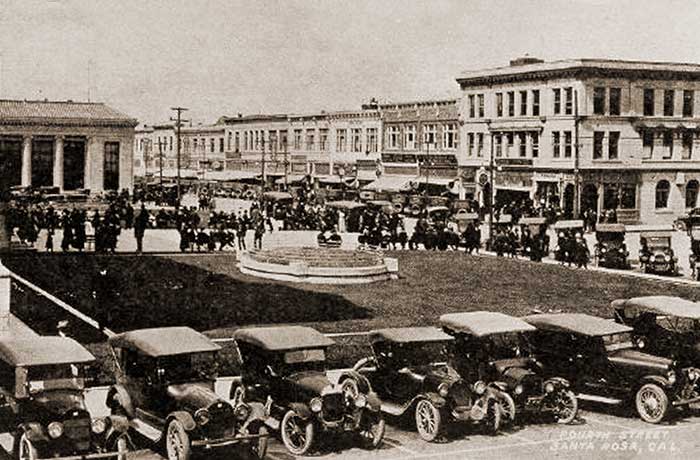 This EIR was undertaken under the auspices of CEQA to assess the impacts of constructing a large, mixed-use project in downtown Santa Rosa on historic resources. Of the sixty-two properties in the survey area, ten were found to be historic and one was listed in the National Register of Historic Places. Painter Preservation prepared an analysis of the project impacts and developed a mitigation plan that emphasized design modifications that would enable the project to be consistent with the Secretary of Interior's Standards for Rehabilitation and provide for additional mitigation. The project did not go forward. With Carolyn Losee. 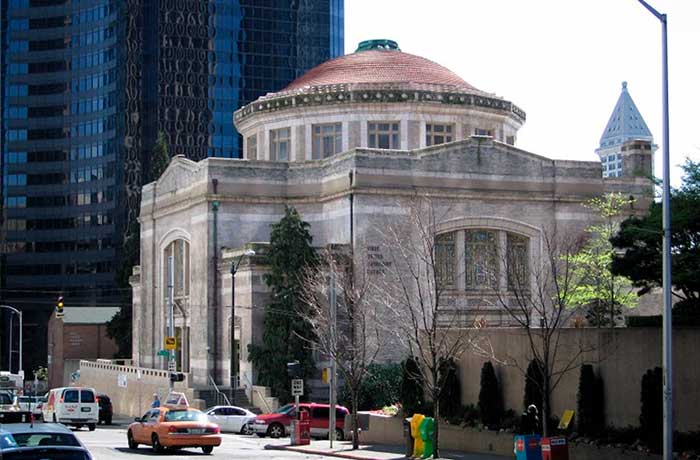 Painter Preservation prepared the Historic and Architectural Resource Assessment for the First United Methodist Church and Rainier Club as part of the EIS that was undertaken for the 811 Fifth Avenue Project, which proposed demolishing the church, among other activities. Painter Preservation found both buildings historic and that demolition of the Church represented a significant adverse impact that could not be mitigated to a less-than-significant level. Painter Preservation prepared a mitigation plan for the Church that, in part, sought the building's re-use. It was ultimately saved, listed in the National Register of Historic Places, rehabilitated, and has recently re-opened as the Daniels Recital Hall, named after the developer of the Fifth & Columbia high rise adjacent to it. This project was undertaken under the auspices of the State Environmental Policy Act. With Pam Xander. Read More 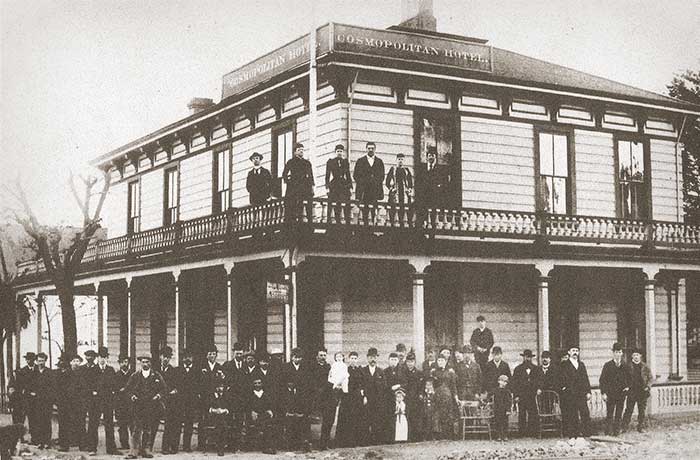 Painter Preservation prepared the Historic Resources Report for two historic properties in downtown San Rafael that were being proposed for demolition as part of a housing redevelopment project. Nine additional historic properties were identified in the project vicinity. Painter Preservation also participated in the development of the EIR, designed to meet the requirements of CEQA. As the impacts to the properties could not be mitigated to a less-than-significant level, an extensive alternatives analysis was undertaken. Painter Preservation participated in the alternatives analysis, analyzed aesthetic and historic impacts resulting from the project, and prepared a mitigation plan that was adopted by the City Council. The project, although approved, has not gone forward. With Lisa Newman.